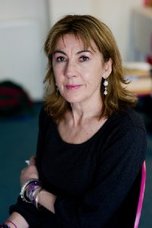 Sally has run her own soap and cosmetic business for almost nine years. As well as writing her own books – ‘Make Your Own Perfume’ and ‘Make Your Own Skin Care Products’, Sally has helped write two other books, The Real Soapmakers E-book, the definitive guide for setting up a soap making business in which Sally – the cosmetic legislation expert (!) – wrote the chapter on Product Safety Assessment & Cosmetic Legislation and a craft book in which Sally wrote the section on making scented paper.

She has also acted as consultant for a large film company during their filming of a crime fiction based around an organic soap and toiletry manufacturer.  As well as making natural cosmetics live on BBC Solent radio, Sally worked with a Channel 5 television production team, advising on a formulation for making soap.


As a cosmetics consultant, Sally has given many presentations and talks on making soap and associated products. As well as more local to home, Plush Folly products have been sold in France, Germany & Luxembourg, and grace many shop shelves including Harrods, Fortnum & Mason and the Chelsea Flower Show.

Over the past five years , Sally has instructed more than 3,000 students through workshops, distance-learning and private classes.

Sally is in charge of tutoring for the Module 4 of the course Certificate in Perfumery Art related to Health, Safety, Cosmetic Regulation and Selling legalities.